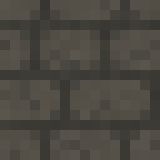 ALL POSTS
(edited by Shadow Automaton)
Yog-DzewaGod's larvaRotting fistBurning fist
0
Ultimatecub wrote:
I would've ascended, but the Lloyd's Beacon is still only at D-16 and I didn't think I could've made it past the Cave Spinners and Enraged Gnoll Brutes without any healing potion so I ended the game...

You should have tried anyway. If you were going to die in the next hit/next point of hunger damage, you could have used the Amulet of Yendor to end the game before that happened.

I got down there with 6 toxic gas potions and 4 invisibility potions.

Then I wandered up to the eye, encircled it with all my remaining seeds and wacked away at it.  Again, easy, super easy.

(edited by A Fandom user)
0

Just beat Yog again yesterday (second time in a week) as gladiator....started with a quick couple of level 2 ligntning wand blasts at Rotting Fist (he was the first enemy i saw, as i walked up), then an invisibility potion to get away from Rotty, and look around for the eye, unmolested (which was up and to the left).

As soon as i saw the eye, i threw a toxic potion at it, and then drank a potion of purification, and moved closer to the eye.

By this time i was obviously no longer invisible, and both fists had seen me and were advancing towards me, so i used a scroll of terror (which kept the fists away for awhile).

I then threw a seed of earthroot right next to the eye, stepped on the earthroot, and took a few wacks with my level 5 blazing longsword at the eye (all the while, the toxic gas was doing damage to the eye and any enemies nearby...i then remebered i had a few honey pots, so i threw two at the eye, and another at the Rotting Fist (who was no longer in terror, and the bee seemed to distract him away from me) and continued wacking away at the eye...my purification buff ran out after a few more wacks (that toxic gas cloud seemed to last forever!), so i downed another purification potion.

A few more turns wacking the eye (just like the toxic gas, the earthroot sheild buff lasted a long time!) and it was dead, and then the remaining few turns (the toxic cloud and sheild were finally gone at this point) the bees and i quickly killed off the fists and larvas (already badly damaged from the bees and toxic cloud) and that was it, end of battle!

I don't remeber if i even needed to use a healing potion, but if i did it was only one (i had the epic armor, at 40 damage absorbtion). Easy peasy!

Lighthouse6444 wrote:
The video doesn't exist.
Thanks for the heads-up!  (^_^)  Fixed/Replaced!
(edited by Shadow Automaton)
0

Comment hidden, due to being OFF-TOPIC. Please repost in the appropriate thread.

I have the deistic pixel dungeon, and there are at least five fists; and I once got super close to beating the eyeball; he was almost dead and he disappeared, and the fists came back (I had just killed them all before I went on to the eyeball).
The deistic version is obviously different from version that has been explained above.
Is there anyone who has deistic pixel dungeon and would like to help me?

Quote:
Is there anyone who has Deistic Pixel Dungeon and would like to help me?

Your post is off-topic; you've posted in the wrong thread and you would be better served reposting it in the appropriate thread, where you have a better chance of getting an answer:

So i just finished the game aobut 5 minutes ago, first try as well so it was super satisfying cuz i started this game like a week ago to pass time at someones house and never touched it until yesterday and i got kinda far cause i didnt have much to do so i just played the game and uhh yea then i took a break and about 5 minutes ago i was throwing a bunch of potions and using a bunch of scrolls and beat the the boss pretty easily, i died 2 times to the king of dwarves but i had 3 ankhs so i was revived and beat him but i somehow didnt die once to the final boss but my armor had gotten alot better and i had a few more resources, also this was on yet another pixel dungeon. easy fight.

(edited by A Fandom user)

What do you think?