A decorative room is a randomly generated standard room, with no other purpose than decoration.

A room full of trampled vegetation and 2-4 tombstones (depending on room size). One of the tombstones always contains a random potion/scroll/weapon/armor, while the others only contain 1 Gold.

Be sure you’re ready to face 1-4 wraiths before opening each tombstone; it is recommended to only open another one, after all Wraiths from the previous tombstone have been vanquished.

It cannot appear at a vegetation depth.

A room full of (hidden) fire traps. Each cell can be mapped with the following tiles:

The Potager (also known as the Kitchen Garden) is a room with strips of vegetation, alternating with special flooring.

A room with special ground, bookshelves along the walls, and a pedestal at the center, which may contain an item.

A room with only 2 doors and a bridge, composed of special ground connecting those doors, while the rest of the room is either chasm (1/3 probability) or water (2/3 probability). However, if the depth is just above a boss depth, then there will always be water. This can be useful as the end of the path may lead to a hidden door.

It cannot appear at a flooded depth.

A room with a big chasm occupying the center of the room where the “ring” of cells along the walls cannot be a chasm along with some of the cells at the center randomly. 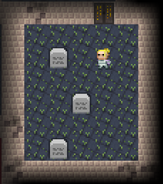 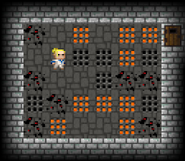 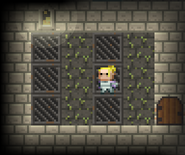 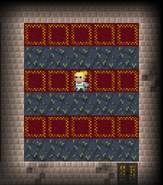 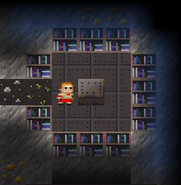 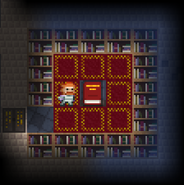 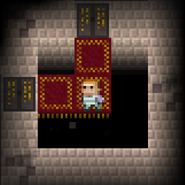 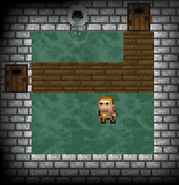 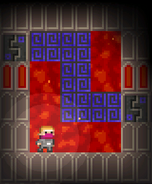 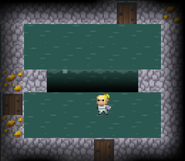