A level 5 Berserker with strength 15 carrying a +0 War hammer attacks a Gnoll scout:

On a successful hit:

Our level 5 Berserker with strength 15 and +0 War hammer attacks the Gnoll scout:

A surprise attack is an attack that can be made by the Hero/ine or by an enemy. Surprise attacks have 100 % accuracy, even on non-assassin classes.

The Assassin sub-class will get 50 % more damage from surprise attacks.

Surprise attacks can be made if:

FORMULA NEEDED: This is the formula that determines whether or not the Hero/ine can see an enemy. Specifically of interest is seeing around corners.

The code that governs projectiles is Here. Sadly, there is no formula to tell us where to tap in order to hit an enemy at position 42, as it depends on the terrain between you and that enemy. However, for all the sharpshooters out there, a formula exists that shows which tiles are visited along the projectile's flight towards a tile that you tap.

Here's how you can understand the formula intuitively:

Here is a table I made while trying to figure out the formula. This shows the path of 15 projectiles, all targeting 15 tiles away from your character, who is at position (1,1): 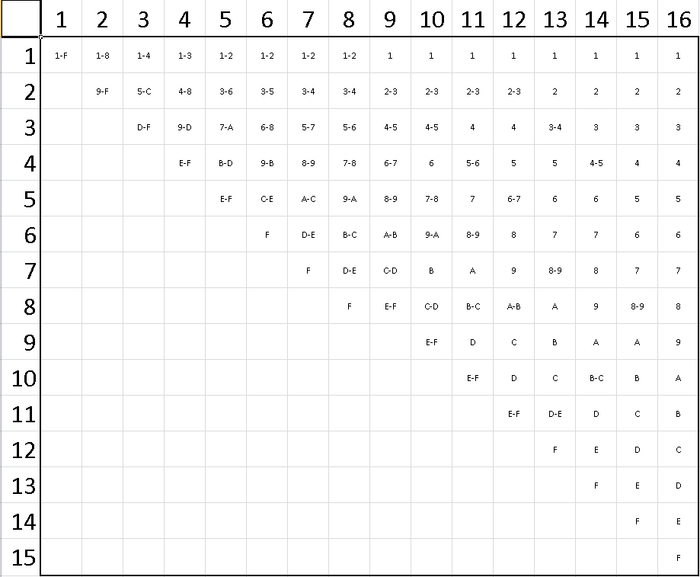 It was seen somewhere, that Watabou has stated, that if an enemy is visible, then it can be hit with a ranged weapon or wand by tapping at the appropriate tile; and that, sometimes, the tile with the visible enemy is not the tile you need to tap to hit it.

Actually, it might be impossible to hit the enemy if there isn't enough space behind it(i.e. the map ends right after the enemy so you can't tap further).

Given that you're next to an enemy, you can also tap its image on the right side of the screen to hit it.