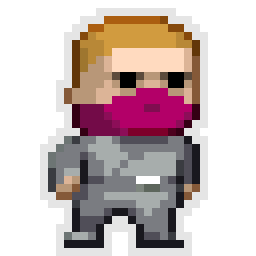 Rogue is one of the classes available in the Hero selection menu.

If you choose Freerunner, you will be able to reposition yourself, outrun enemies you don’t want to fight (very useful in later levels), reach ranged enemies quickly, so they don’t hit you too much, escape spreading gases & fire, chase thieves, and kite easily, especially if you have a fast hitting weapon, or a ring of haste.
The extra mobility is really useful in general, allowing you to initiate, or escape, many situations.

If you choose Assassin, you will need to constantly guide enemies behind doors, to perform Surprise Attacks, in order to get the sub-class benefit; which is a 50 % damage amplifier, only on that single hit.
You could also get surprise attacks by hitting a sleeping enemy; it is possible to approach one without waking it up, if you upgrade your Ring of Shadows enough.
Attacking stunned enemies also counts as a surprise attack, so it’s good if you have a Stunning enchanted weapon, or use Curare Darts as melee weapon, but meleeing with Curare Darts is very inefficient, as doing so consumes one dart per hit.
In general, it can be tedious, or hard (unless having the right equipment), to constantly look for Surprise Attacks, but with a nice weapon, the extra damage can be big.

After defeating the 4th boss (King of Dwarves), the Hero will be rewarded with the Armor kit.
The armor kit allows the Hero to modify one of his armor into class-specific armor, that has a special ability.

Smoke bomb is the special ability for Rogues.
It is a teleport that can be cast anywhere in line of sight, and can be used to travel past enemies.