The Tengu is the boss of Prison.

When the Hero/ine goes to confront Tengu, s/he is met with a chest containing an iron key. The iron key is used to open the door to the boss room. Once the Hero/ine has entered the room, s/he cannot leave until Tengu is dead.

Upon entering the boss room, there will be untriggered traps in the middle of the room. When the Hero/ine starts moving a step from the door, Tengu will appear. Tengu will hit the Hero/ine with multiple shurikens very accurately. Every four or more steps, if the Hero/ine is adjacent to Tengu, Tengu will teleport to a random location in the room and activate traps. 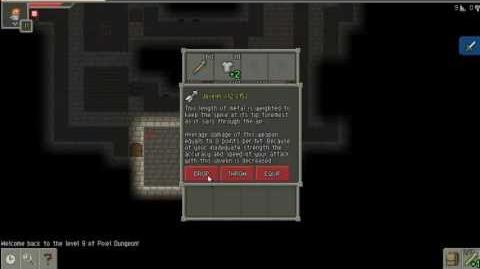