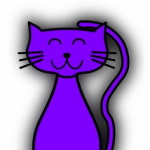 Here most of my time has been invested so far on writing pages about less known completed PD mods that I consider interesting, less known mods still in development that I think they are promising, or about specific elements of well known mods that the information about them had been scattered and/or confusing. Nevertheless, I consider my highest priority here to always watch for the releases of new mods and for the updates of already existing mods, in order to keep the wiki's mods' catalogue and the its mods' general page up-to-date as much as possible.

Original PD is very important by itself and for the big legacy of mods it has created with its open source code, Shattered PD is objectively the most popular mod, and in my personal opinion a very well-balanced and refined mod. That said, this website should be pluralistic, in order to reflect as much variety of the PD ecosystem is possible, so for me personally as a content contributor all other mods apart from Original PD and Shattered PD are higher in my writing priorities. This viewpoint is also totally shared by another frequent wiki contributor, Omicronrg9, whose work here and in reddit about PD mods I respect greatly (a little more about him in the second from last paragraph).

As a consequence, so far I have written big or most parts of:

Lastly, I have also updated all Yet Another PD pages with the changes of the latest releases and added a lot of info to the Lovecraft PD, Moonshine PD, Skillful PD, Survival PD and Unleashed PD pages and some info to the Prismatic PD page.

I also find really interesting the contributions of Omicronrg9 (wiki, reddit) in documenting all the existing PD mods along with the interconnections between them (follow this paragraph's links to visit his profiles and see his infocharts). His work has also been very helpful to me in adding all of this new info to the wiki in a very short amount of time.

My favorite mods are in order of preference from highest to lowest (but don't forget that this is my top 6, so they are all by default positioned very highly): Darkest PD, Yet Another PD, Special Surprise PD, No Name Yet PD, Fushigi No PD and Easier Sprouted PD (honorable mention also to Harder Sprouted PD by SmuJamesB, who has fixed all the game crashing bugs of original Sprouted). There is a fun fact that most of these mods (4) have been released by Chinese developers, even though I have no personal affiliation with China of any sort. In any case I appreciate without exception the work behind all mods that are not clones or ripoffs, and as a contributor I try to have no negative bias against any mod that had even a minimum amount of orginal work invested to it. The sole reason I write more about some mods is that I see them as having more content in need of description/explanation. So, I think that's all about me, the wiki and Pixel Dungeons.

P.S. Visual editing is neither my talent nor my passion, but all these pages added to the wiki also needed some images. I have no hesitation to admit that as a result the vast majority of the images I have uploaded so far to the wiki are of mediocre quality, due to the joint lacks of skill and time, so if you enjoy visual editing, I urge you to replace any of them, as the chances of me becoming better in visual editing in the near future are 0.

Retrieved from "https://pixeldungeon.fandom.com/wiki/User:12345kostis12345?oldid=85684"
Community content is available under CC-BY-SA unless otherwise noted.