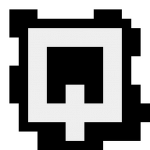 heya there, I'm MrK, on r/pixeldungeon Discord server available under the name QKuroire. My favorite fork is Shattered, and I like other stuff too I guess. Oh and I made a bunch of PD memes, that's gotta be important.

Before joining wikia, I wrote a bunch of tutorials for the game on reddit:

If you're watching my user page in the future (hi!) then I'm flattered, but as you might know - reddit only allows editing, voting and commenting on posts up to 6 months after they've been first posted, so my tutorials might've not aged too well in the future. User 12345kostis12345 was kind enough to convert my posts into a proper article format before I joined the wikia - which made them easier to keep up to date and edit, but also forced a certain text style which removed some of my lame jokes, probably for the better of us all. Here's the current page if you're interested.

Retrieved from "https://pixeldungeon.fandom.com/wiki/User:MrKukurykpl?oldid=78806"
Community content is available under CC-BY-SA unless otherwise noted.