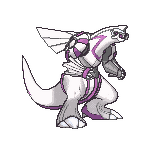 I want to give viewers as much information as an experienced programmer and mathematician would get by looking at the code of the game, just without them needing to look at the code and do math. This often means that I will attempt to put lot of numbers into the wikia, which would be put into charts whenever possible. I would then analyze the charts and point out the most important parts of them when possible. I also want to include tips on how a mechanic might be most useful in gameplay when possible, for those people just starting out and unsure of what to do.

Retrieved from "https://pixeldungeon.fandom.com/wiki/User:Zrp200?oldid=70136"
Community content is available under CC-BY-SA unless otherwise noted.