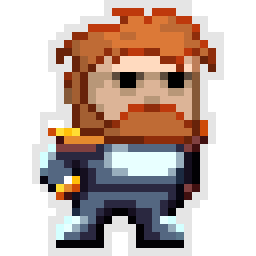 Warrior is one of the classes available in the Hero selection menu.

To get the damage bonus of the Gladiator, you have to get a minimum of 3 consecutive hits, which could be hard to achieve because of mechanics like dodge, parry, and block, from the enemies, or simply slaying them in three hits, or less.
On the other hand, the combo can be easy to start if you: have Ring of Accuracy, or Haste, or use accurate, or fast hitting weapons.
Notice, that the fast hitting weapons (Knuckleduster or Mace) might be the best weapons for the Gladiator, as they will be both hard-hitting and fast, when Combo is active. Other weapons can miss often, or slay the enemy, before giving Combo much use, making the sub-class perk ineffective.
In general, the Gladiator can be very effective with the right equipment.

When choosing the Berserker, you can deal very high damage. At deeper depths, and with good weapons, you can reach around 40-50 damage with one hit.
The cons of the Berserker is that, you need to be below 40 % max HP to trigger the effect, creating a need of risk in order to use the perk, but consider that the extra damage will often save you in 1-v-1 fights.
Something very positive about the sub-class is that, if you wear a good armor, or use Earthroot, enemies will deal little damage per turn, allowing you to stay some, or many, turns in Berserk mode, with the risk of dying actually being small, while benefiting from the high damage increase.
In general, the Berserker gives a reward in exchange of a risk, but this risk can be reduced by using strategies.

After defeating the 4th boss (King of Dwarves), the Hero will be rewarded with the Armor kit.
The armor kit allows the Hero to modify one of his armor into class-specific armor that have special abilities.

Heroic leap is the special ability for Warriors.
It is a teleport that can be cast anywhere in line of sight, but cannot be used to bypass enemies in the way.
Upon “landing”, it stuns all enemies for 2 turns in a 1-tile radius of the destination tile. Like all epic armor abilities, Heroic Leap costs half the Hero's current hit points to use.